Melissa & The Dr is the musical pairing of Melissa Partridge and Hyram Twang, both veteran performers in the Country and Folk genres respectively with hundreds of gigs under their hats (that is if they wore hats.) In 2017 they decided to work together as a duo after performing together in a couple of country music club shows where they recognised each other’s talents and love for good, honest, down-to-earth country music. Melissa’s voice is beautiful, clear and pure without affectation, and she sings with poise, full of emotional depth. Hyram adds harmony and lead vocals soft and intimate or with a gravelly edge, their voices blending together reminiscent of Emmylou and Gram, Dolly and Porter, Tammy and George. Melissa plays solid rhythm guitar and mandolin while Hyram’s sensitive and at times wild work on guitar, mandolin and steel guitar allow them to cover a wide range of musical landscape – from bittersweet songs of hurtin’ and flirtin’, loss and longing to rocking honky tonk dance tunes.

They will have just returned from Tamworth by the time of the Festival with Melissa performing there as part of the NZ Showcase as a result of her Overall win of the 2021 NZ Gold Guitar Awards. Along with the Gold Guitar Melissa also won the Gospel, New Country, Female Solo Vocal and Singer/Songwriter Sections with Melissa & The Dr making the Finals in the Duet Section. 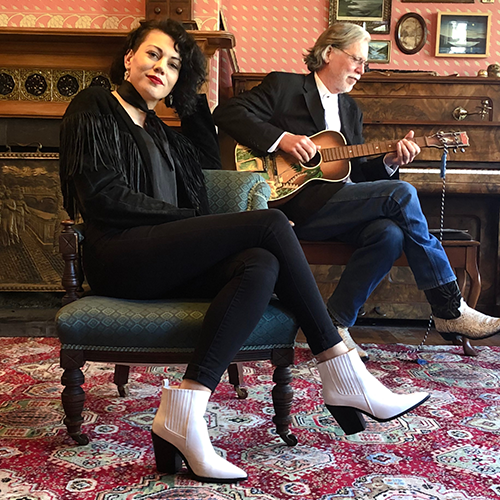